X
This site uses cookies to provide and improve your shopping experience. If you want to benefit from this improved service, please opt-in.
More Info
Accept Cookies
Visit The MyRacekit Knowledge Base - Click Here
Free UK Delivery On Orders Over £85
The Best Gear for Your Next Adventure
myRaceKit | Blog > Races and Runners > Why We Run
Menu
Races and Runners 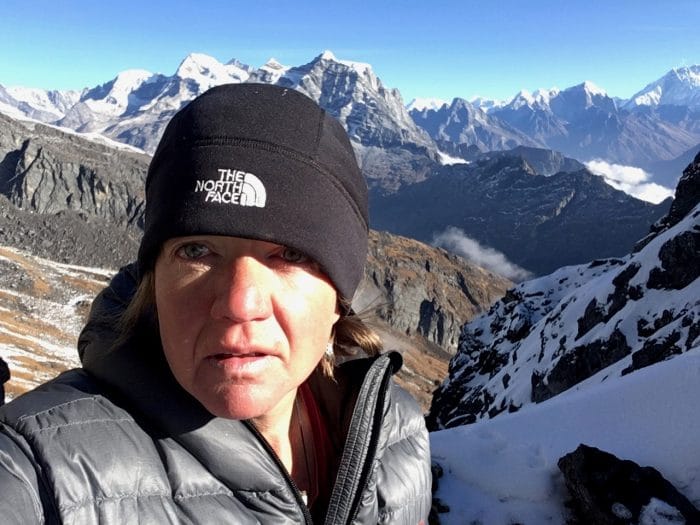 It’s 6 pm on a Wednesday, and a keen audience gathers in London’s The Conduit to listen to Lizzy Hawker and Ian Corless talk about their experiences as runners, Lizzy as a competitive long-distance runner and Ian as an extreme sports photojournalist. Most, if not all, of the people in the room, were either runners themselves or interested in becoming runners. Whichever the case, the theme of the evening was to understand the reason behind running. When getting into the sport, no one ever really questions the reason behind it, there’s always a motivation, a goal, but there rarely seems to be an answer as to why we run. What exists beyond the original motivation is unclear to many of us. Why we start is clear for most of us, but why we continue changes and continuously.

For both Lizzy and Ian, change was a central theme during the talk. It is not so much change, at its primitive meaning that took centre stage, instead it was the idea of continually overcoming the previous- of evolving and growing. For many people running a marathon is the ultimate goal for any runner. Lizzy and Ian; however, show us that running has no limits, if anything running, at its core, is meant to challenge the limit. Ultra running turns the idea of running as an easy form of exercise into an extreme sport, a potentially life-threatening one. Ultra running does not just push the physical limits of those competing; it also challenges their awareness of their environments. The runners find themselves alongside major geographical landmarks such as volcanos, forests, dunes and mountains.

One would think that running would prevent someone from acknowledging and admiring the environment they find themselves in; however, Ian’s photographs show otherwise. For Ian, Ultra Running is not about the race, so much as the race is an excuse for the real limelight that is the humility of the people in the locations of the races. In his photographs, the runners become a part of the landscape; creating an honest vision of unison between earth and person. The runners do not dominate the pictures but rather majestically intertwine with the scenery; showing how the runners are simultaneously merging with their location and going beyond the landscape. The runners are found to be a discrepancy to the sites they are in; it is this discrepancy that highlights the nature of running as natural and yet an oddity to what is natural. The dichotomy between natural and unnatural is a demonstration of basic human life, where we live our routines, yet we aim to achieve more and to become better versions of ourselves. Running, as such, becomes a representation of life. Running is not a reaction to the natural but an enhancement of it. To run is to evolve and to become better than your previous self.

Lizzy’s passion and love for running are evident from the beginning. However, what was genuinely intriguing about what she was discussing was the harmony between mind and body while running, as if they were not two separate entities but a singular mechanism co-existing to execute the action of running. Running is not an activity, a sport or even a hobby for Lizzy; it is her. Her entire being is intertwined with running. Lizzy has won the Ultra Trail du Mont Blanc five times, no small feat, and now she explores trails. She currently spends her time as a race director for Ultra Tour Monte Rosa and as a trail explorer in the Himalayas. Many people are afraid of having big goals and even more so of aiming for them; because the potential of failure is high, in such situations, Lizzy acts as a mentor showing that no standard is too high and no failure is ever detrimental. It is by aiming high and having high standards that results can be achieved, and Lizzy is living proof of that. Like Ian, Lizzy has a powerful connection with the environment and the natural landscape. During her races in Nepal, she fell in awe with the humanity of the locals.

As the talk came to an end, the interest of the audience has not died down. They began to ask questions, and the answers provided by Lizzy and Ian were as inspirational and intriguing as their talk. If the questions showed anything, it is how much mental strength is required to achieve goals. To run faster and better, you need to push yourself; the battle is as much psychological as it is physical. Lizzy’s mantra to overcoming physical challenges is to remember the concept of impermanence; that pain shall pass. Ian, on the other hand, provided inspiring advice regarding the fear of failure, in which failure is only possible through participation: you have to be in the arena to fail. By avoiding failure more or less, you are avoiding action and as a result, change, growth and development. Lizzy and Ian’s words are not only motivational for the runner and the wannabe runner but to almost everyone. With the right mindset, you can push your body beyond what you previously thought to be possible, and that real failure is found in the absence of action.