On 9 July, myRaceKit had the pleasure to catch-up with Nicky Spinks. myRaceKit supports Nicky’s Fell race Trigger (www.marsdentoedale.co.uk) which next takes place in January 2020. We also spoke about Nicky’s previous running experiences. Q: What races have you done so far in 2019? Nicky Spinks (NS): This year, I have run the Barkley Marathon in Tennessee and the double Paddy Buckley Round. Q: What are your future plans for the year and 2020? NS: I plan to tackle Tor des Géants in September. It is the first time I... Read More 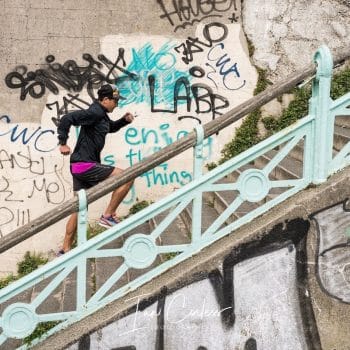 Training for… An Interview with Dan Lawson

This article was originally published on iancorless.com (It is reprinted with agreement due to our sponsorship of the Training For… Series). Dan Lawson is a respected runner who resides in Brighton, UK. For many, he became ‘known’ after his incredible run at the ‘Gran Union Canal Race’ in 2015 when he won with a new CR of 22-hours 15-minutes. Later that same year, Dan went to the iconic ‘Spartathlon’ and placed 2nd in 23:53:32. The stage was set, and Dan Lawson became the UK’s most prolific and respected long-distance runner.... Read More